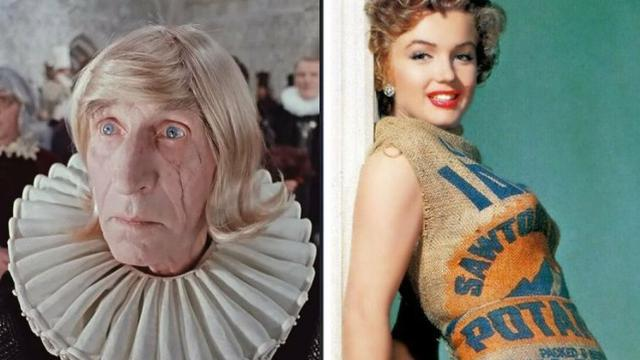 If you follow the development of world fashion, of course you will realize that each generation has its own trends. Over time, fashion trends have changed following the dynamism of human activity.

In the Victorian era, women would wear dresses with large sizes and tight corsets so they looked elegant when walking. However, the dress will certainly be difficult to use today, because of the high mobility of women, it will be uncomfortable to use a dress with a Victorian model. Now, the clothing trend is shifting to clothes that are more comfortable to wear with thin materials.

Just like a work of art, fashion is also an expression of the maker and the wearer. Sometimes, some fashion trends even require a lot of sacrifice just to make one item. Starting from scarce raw materials, complicated manufacturing methods, to inflexible ways of using.

1. Ruff’s Collar
The ruff collar, or millstones collar, was a very popular fashion item in the sixteenth and seventeenth centuries. Almost all nobles, women, and even children would wear it. There is a legend that this kind of collar came about thanks to some wealthy Spanish woman who gathered a rope around her neck to hide her imperfections.

The ruff collar is made of cambric linen which is then molded using starch. Ruff grew in popularity in the 1560s when starch production became available in England. The use of this ruff had become an ethical controversy at some point.

The reason is, this fashion trend requires starch, which at that time was needed as a food ingredient. The Prime Minister of Queen Elizabeth I once stated that it was unethical to flaunt arrogance and pride in the use of this Ruff while there were many hungry people on the streets due to food shortages.

Nevertheless, people continued to wear such collars. They show the wealth and social position of their owners because anyone who can allow themselves to wear a ruff is clearly not doing the hard work. In addition, the ruff can only be worn once, because the heat of the human body and external factors inevitably cause it to lose its shape. Also, such a collar greatly affects the posture of whoever wears it, and the person is forced to hold his chin up high and generally adopts an arrogant and arrogant posture.

2. Poulaine or Sinful Shoes
European fashionistas of the fourteenth and fifteenth centuries considered shoes with very long toes to be the pinnacle of fashion. They are also called “crakows” and “poulaines.” However, many priests disapprove of such footwear. In an English poem from 1388, the author complains that men cannot kneel during prayer because of very long shoes. Also, the church considered such shoes sinful because of their ambiguous shape.

The emergence of this trend is associated with the marriage of Richard II and Anne of Bohemia. Here is what an anonymous monk writer wrote about it: “With this queen came from Bohemia to England the accursed evil (English cracowys or pykys) half a yard long, that they needed to be tied to their shins with silver chains before they could walk with them. ”

However, there is some evidence that poulaine was also used earlier. A writer in the mid-fourteenth century described people of that period wearing “a point on their shoes as long as your finger which is called crakowes; more suitable as claws…for demons than as jewelry for men.”

To ensure the long ends maintain their shape, they will be filled with moss and horsehair. Soon this trend hit the knights, and their military uniforms in the fourteenth and fifteenth centuries began to include the sabaton, a shoe with a long leg cut.

3. Wood veneer swimsuit
Until the 1920s, swimwear for women was a bit bulky and uncomfortable—it was a closed dress and trousers made of dense fabric, mostly wool. Fortunately, along with the emancipation of women, new styles of swimwear emerged. They became more open and, as a rule, consisted of tunics and pantaloons.

However, there is an even stranger version of this clothing item. In 1929, a new swimsuit made of fir veneer was used in the state of Washington. They are described as cheap and easy to make, but still stylish and modern.

The fact is that the area where the swimwear is produced is known for its forestry industry and is considered the largest area for timber production. That’s why, at some point, local craftsmen decided to use veneer sheets instead of fabric.